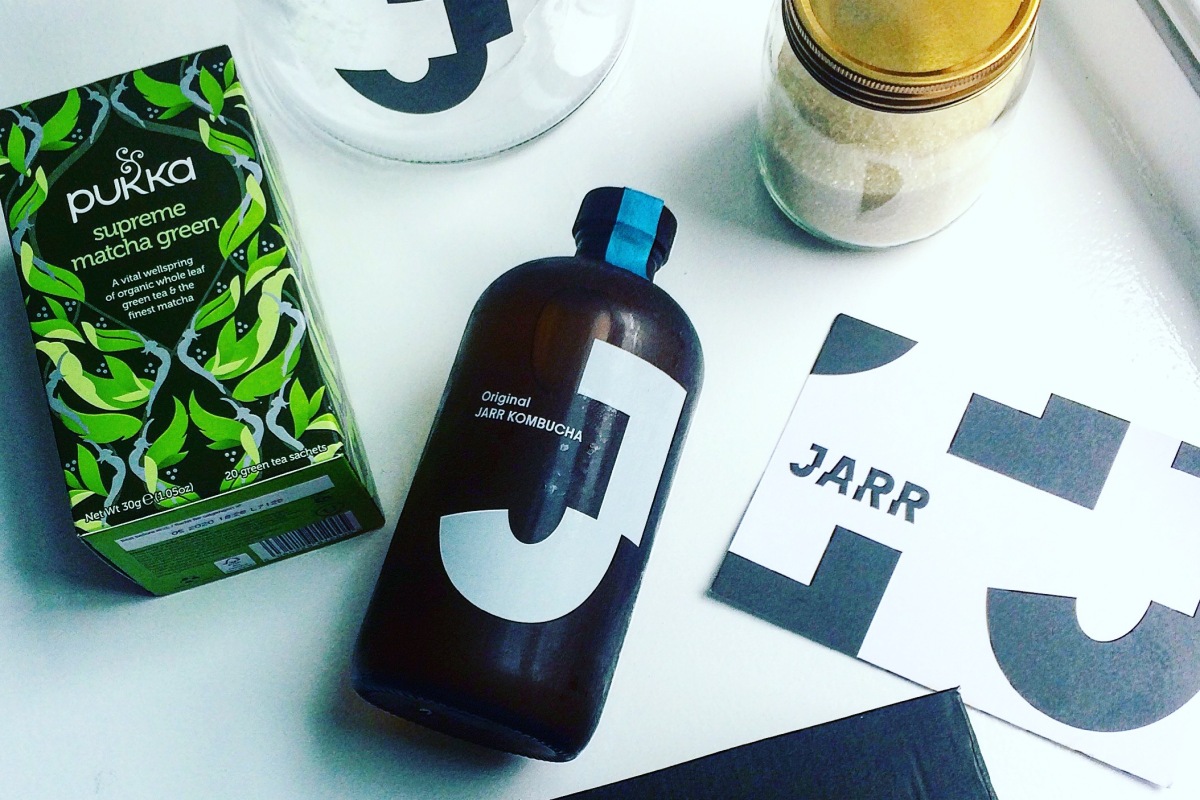 Kombucha (also known under various weird and wonderful names such as ‘tea fungus’, ‘Wunderpilz’ – German for miracle mushroom; ‘champagne of life’; and ‘stomach treasure’ (胃寶))* is a fermented tea that is purported to have originated in 220 BC in Northeast Asia. It has only become commercially available relatively recently, but is growing fast, with the US market expected to experience a yearly growth rate of 25% till 2020.**

Even though kombucha is irrefutably part of the health and wellbeing trend, it is definitely not (yet?) as common as sipping a green juice. I myself only tried it a few weeks ago when it was offered at an event, and have since heard from many people who are interested in it, but haven’t yet tried it themselves.

I was excited, therefore, when I got the chance to attend a kombucha-making workshop at Whole Foods Kensington, organized by the Health Bloggers Community (HBC) and kombucha brand Jarr.

It was very interesting learning from founder Sam, how he had developed an appreciation for kombucha during his travels, and started making his own back home in LA (kombucha, like many trendy health beverages, is not the cheapest refreshment to indulge in). His kombucha (original, ginger and passionfruit – with a new flavor on the way) is available from many London stockists as well as to order online.

We also learned a bit about the process of actually making kombucha, which is reminiscent of making sourdough bread. Instead of a sourdough starter, however, the correct lingo in this context is SCOBY (symbiotic culture of bacteria and yeast) – which is a really weird-looking, gelatinous aggregation of bacteria and yeast that you add to caffeinated tea (traditionally black, or green) along with sugar, to create the fizzy, acidic drink that is kombucha. After topping the tea-SCOBY-sugar mix up with water, you leave it to ferment for a week onwards in a glass jar covered by a cloth, burping it daily, talking and singing to it, and generally treating it like your baby (Sam recounted using his mother’s heating pads, while back in LA, to keep his kombucha nice and snug 😀 ).

If this is something you’re interested in getting into, there are so many instructions and books out there nowadays (Sam recommended The Big Book of Kombucha: Brewing, Flavoring, and Enjoying the Health Benefits of Fermented Tea, by Alex Lagory). There are also endless options for how you can flavor your brew. My favorite so far has been the new raspberry flavor by Jarr Kombucha, which is exclusively available on tap at Whole Foods – definitely recommend giving this one a try!

Now, as to my own kombucha brewing journey: it came to a jarring halt yesterday morning, when the big glass jar I poured the boiling water into emitted a loud and angry cracking sound, and the half liter of water flooded out all over my desk (I just managed to get my laptop into safety!). I did have my misgivings as to whether I would be able to make something actually kombucha-like myself (thinking back to my failed attempt at kimchi), but didn’t expect disaster to strike quite so soon. Oh well, I will definitely be giving this a shot at some point (keen to make a blueberry-flavored one), but for the moment, I think I may just content myself with drinking the kombucha from the event 😉

P.S. A word of warning: if you do look into making your own, just be careful, as homemade kombucha is, apparently, prone to contamination, with even a reported death in connection with it!*** 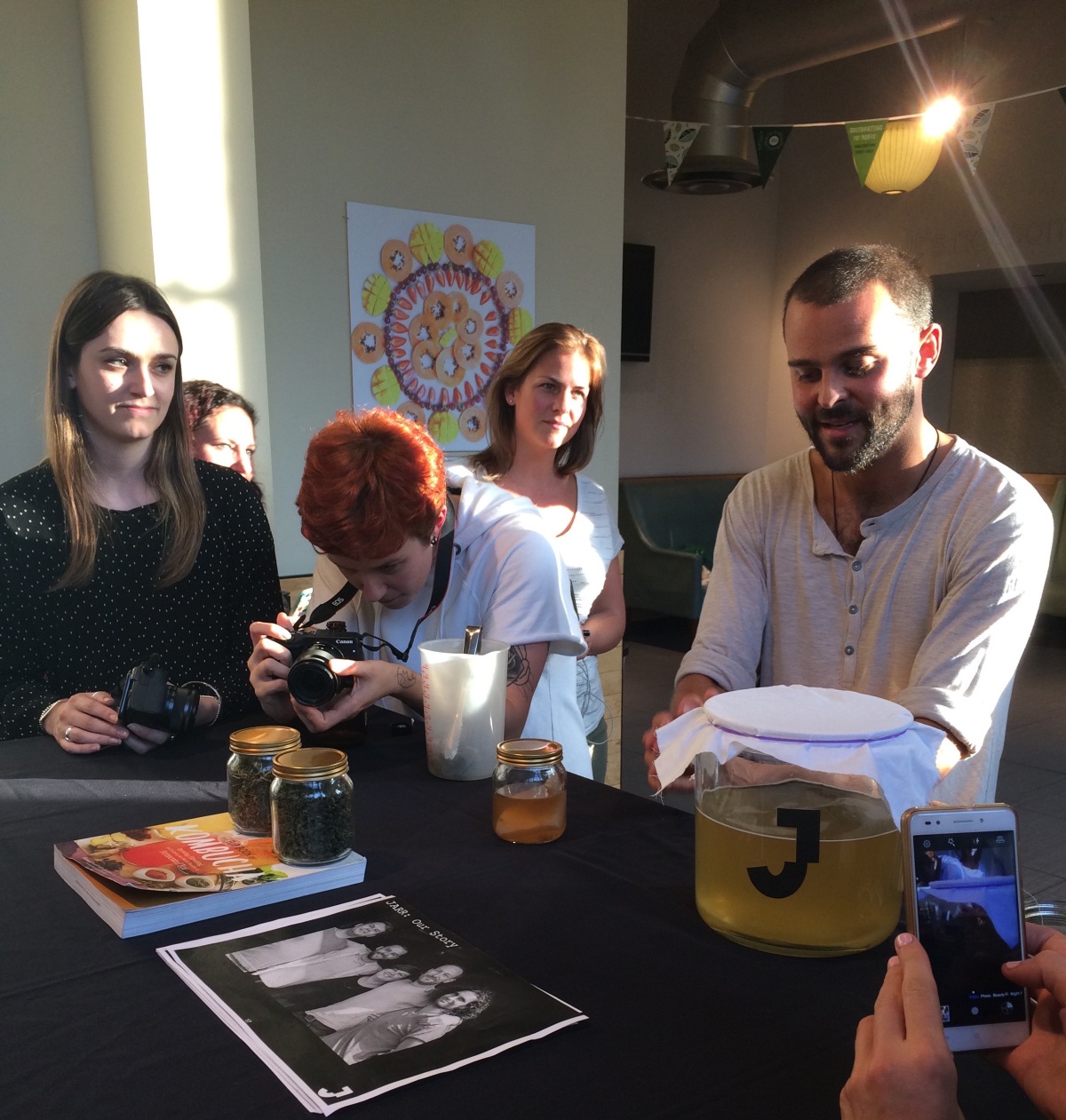 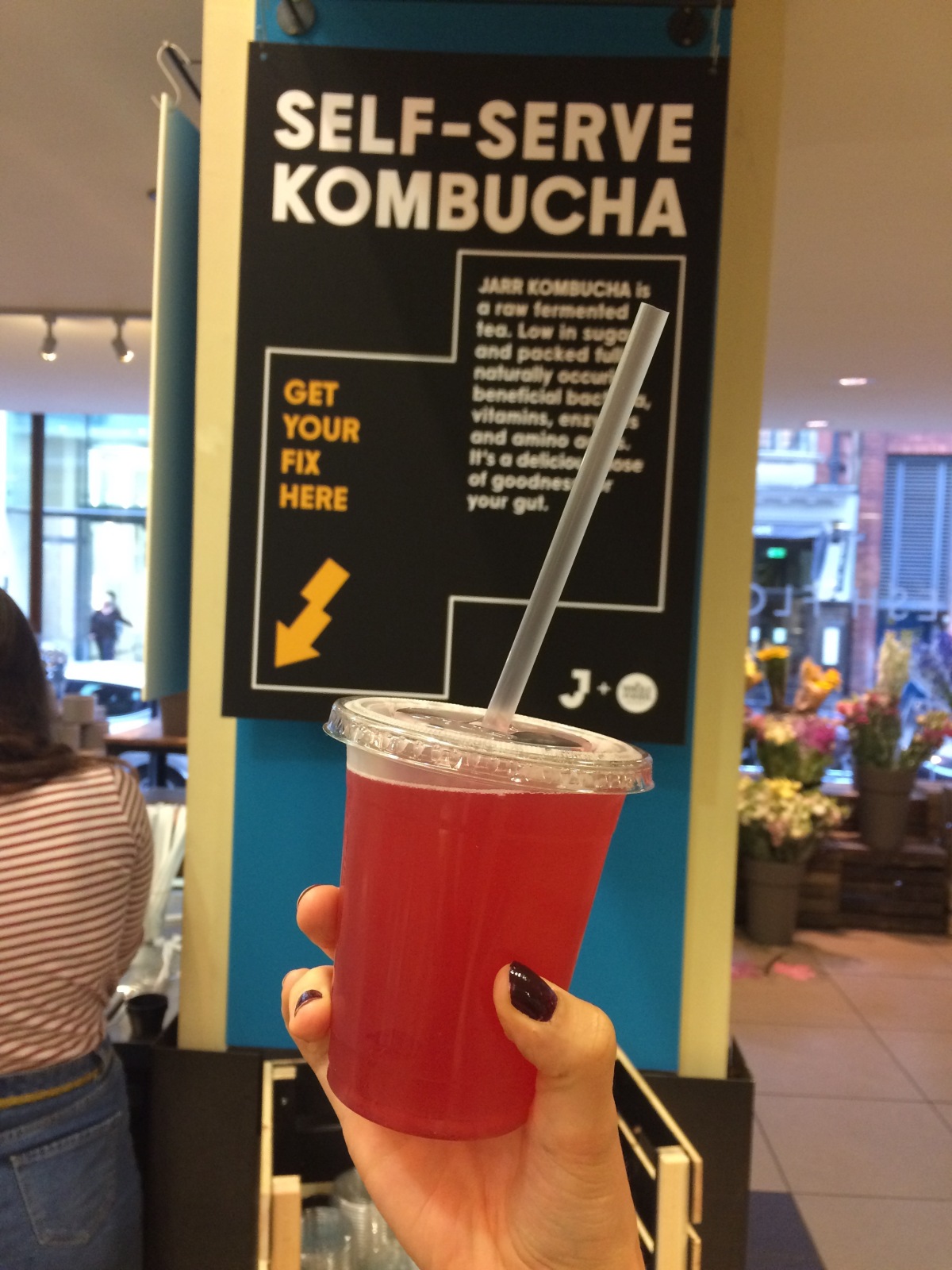 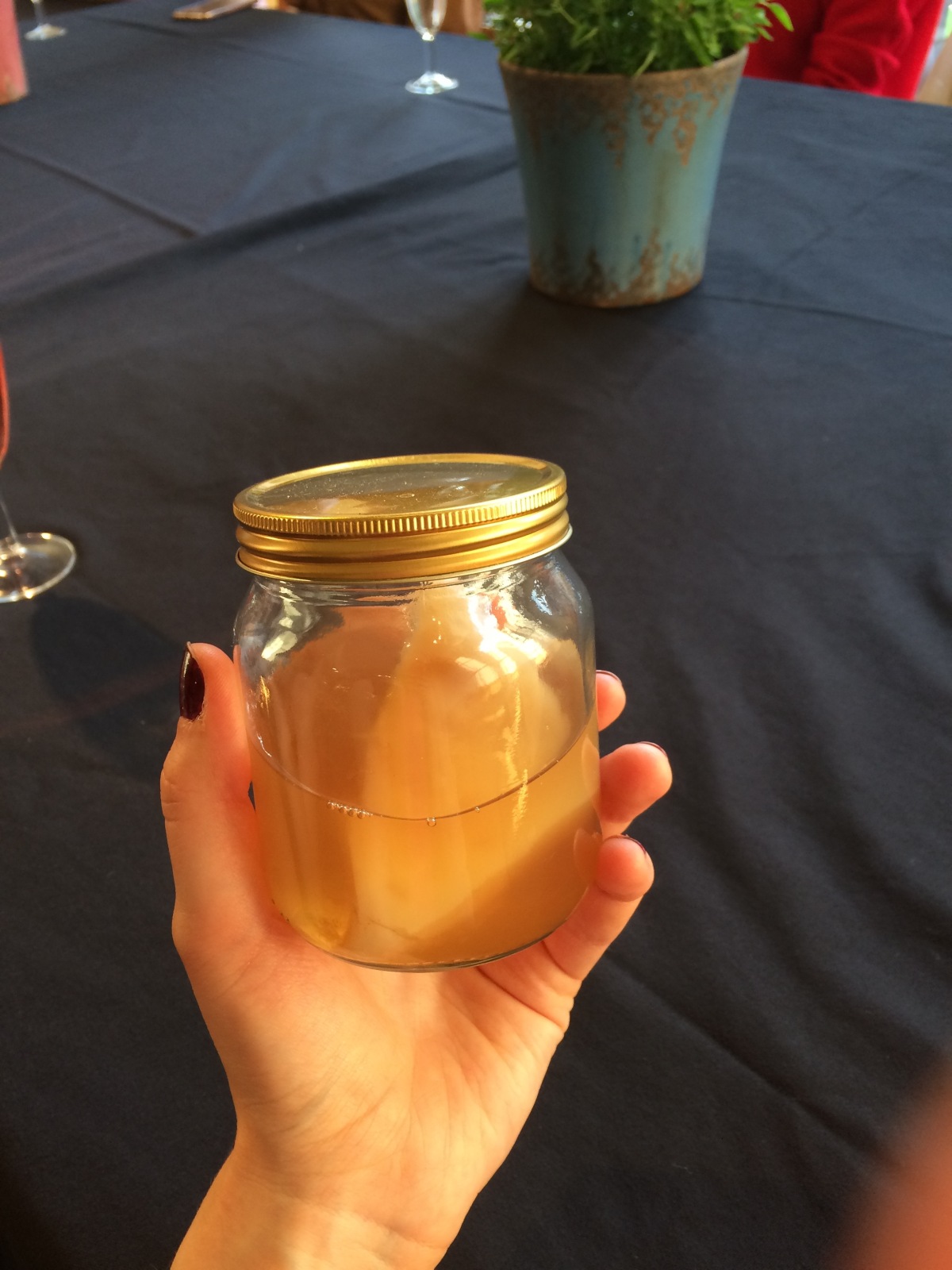 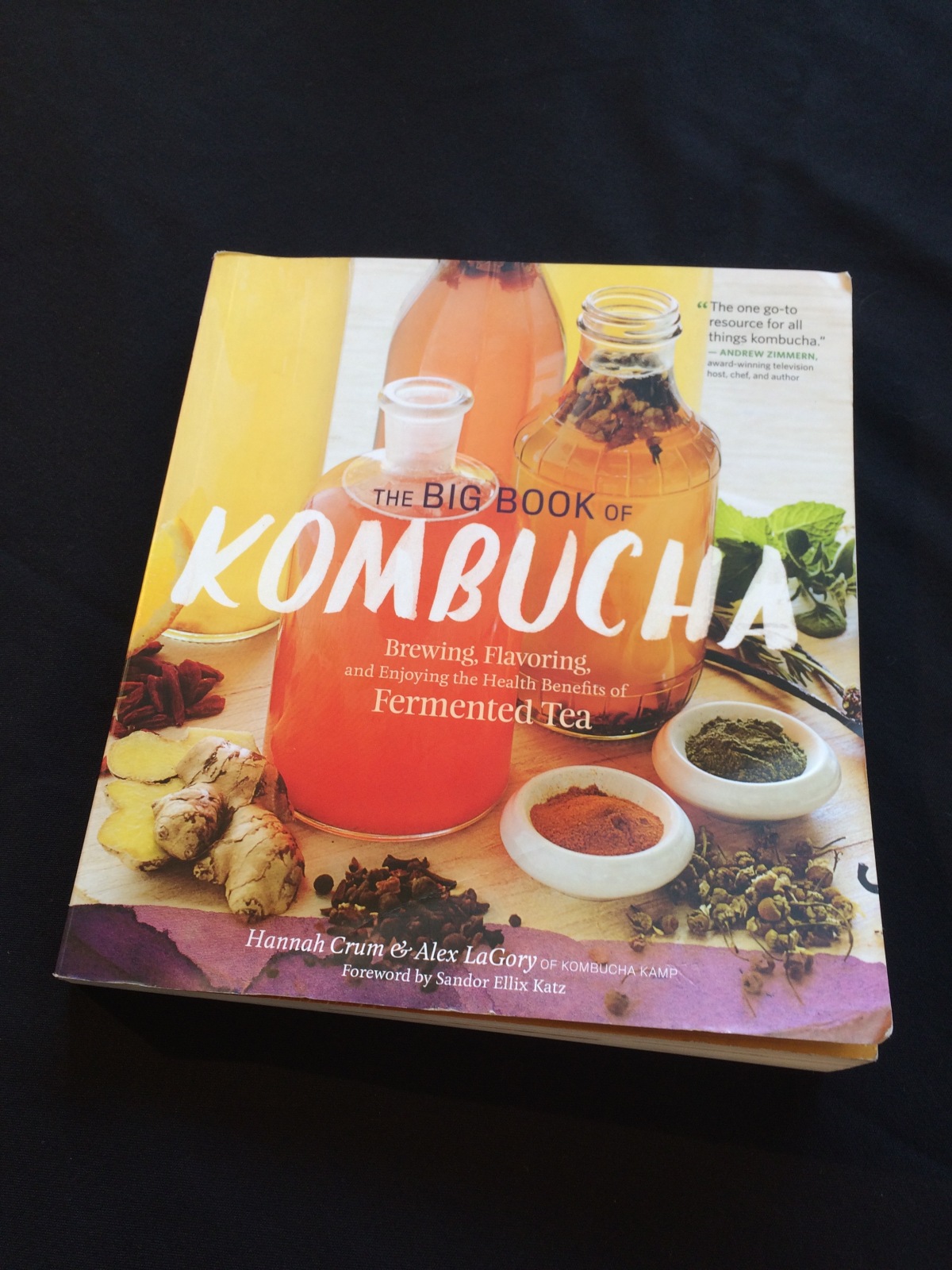 * Click here for more on the history and other names kombucha has been called.

*** Click here for more on this, and a critical view of kombucha.