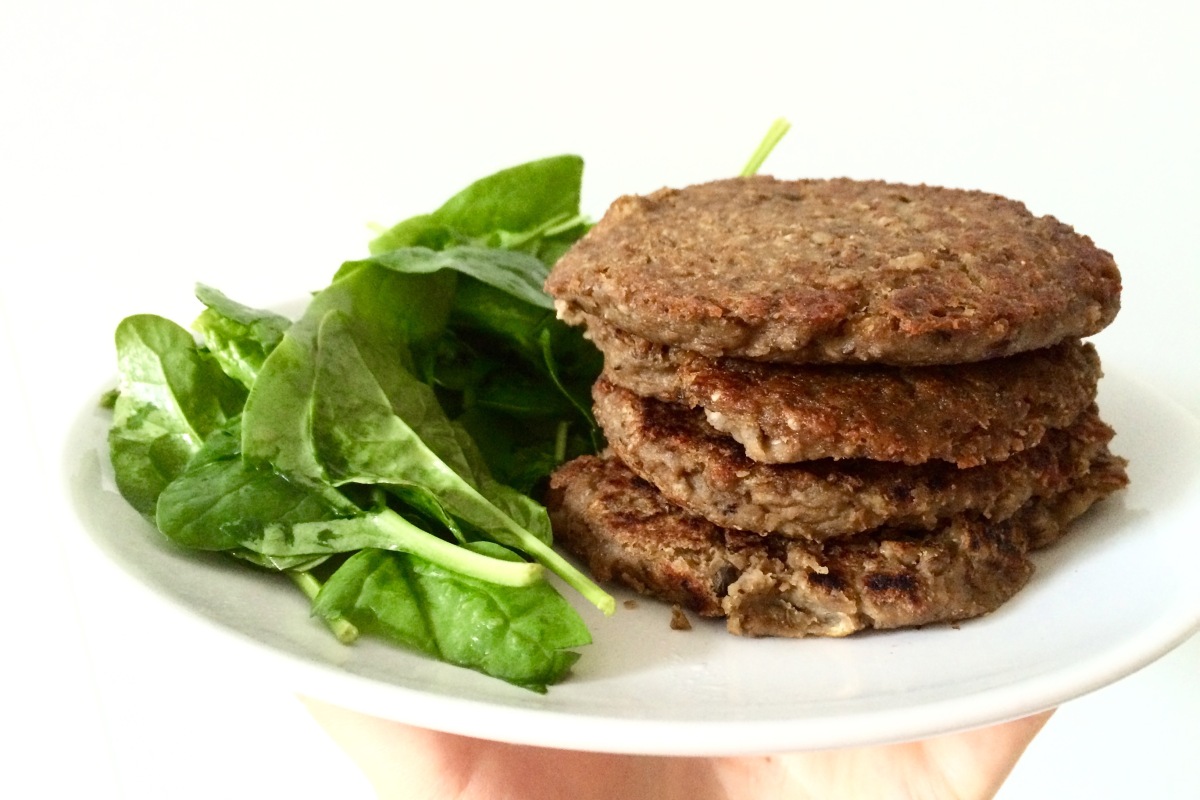 So excited to share this recipe as I’m absolutely loving it! It came about really spontaneously and I had no idea whether it was going to work, but it did and omg I have been craving these pancakes ever since.

The inspiration originally came from a meal I had at Sagar, a vegetarian Indian restaurant in Covent Garden (that interestingly has a garlic- and onion-free menu; fellow IBS sufferers rejoice!). My boyfriend and I had different versions of lentil pancakes – I had a very thin, crêpe-like one and his was thick, with a strong coconut flavor – and I liked the idea. My version is nothing like the pancakes I had there though, so if my recipe doesn’t sound or look appealing to you (I’ll be the first to admit they don’t look particularly pretty), don’t let it put you off from trying Sagar! 😀

This is a very basic recipe, so feel free to adapt it by adding your favorite spices, such as turmeric, cinnamon, ginger, coriander etc. I just wanted something very plain, but comforting, that I could adapt according to my wishes (stay tuned for a possible sweet version!). As to the texture, they aren’t airy or fluffy, but rather soft and mushy – real comfort food, especially as we’re going into winter now. Another great thing is that they’re so quick to make!

Without further ado, my easy and nutritious lentil pancakes:

Good morning✨ What’s your favorite speedy breakfast? When I’m not in a smoothie or pancake mood, I tend to go for a classic pb&j 🥜🍓 along with my matcha or turmeric mylk 🥰 It’s a combo that never gets old and I usually sprinkle some chia seeds on top for a crunchy omega-3 boost. Lately I’ve also been super into an almond butter & date syrup combo, which hits the spot every time 🙌 Have you ever tried this variation?😋
Throwback to another dreamy brunch in Hamburg 🥰 You can imagine my appreciation of this açaí and baby pancake combo: two beloved breakfast staples in one bowl - could it get any better? Only one of the many lovely plant-based options at @paledo_hamburg. For more info and further recommendations for vegan food in Hamburg check out my blog (link in bio). Would you go for pancakes on your smoothie bowl??🤗💜🥞